Snail on the ball! 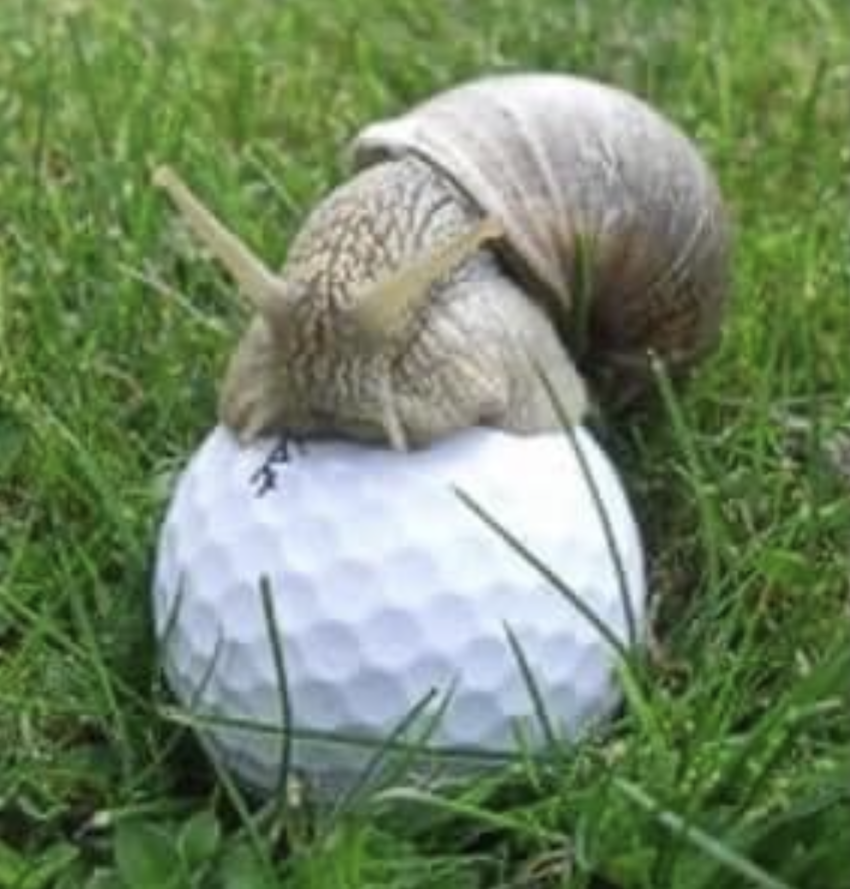 We all know that many things can happen on the golf course! But this situation is still quite special: In Germany, a snail crawled onto a golf ball (see the picture)!

What should the player do in this situation?

The Rules of Golf.

The Definition of a “Loose Impediment” states that “…worms, insects and similar animals that can be easily removed…” as a starting point are considered loose impediments. The question then is: Is a snail considered to be a “similar” animal? This question has not been answered in the Rules of Golf, but the USGA has on their Facebook group answered this with a yes. So: The starting point then is, that the snail is considered to be a loose impediment.

But – according to the Definition, it is not a loose impediment if it is “sticking to the ball“. Is the snail in case “sticking” to the ball? To answer this let’s check the Rules of Golf: Interpretation “Loose Impediment/5” states that living insects are never considered to be sticking to a ball. Although this interpretation is about an insect, my suggestion would be that the same principle would apply for a “similar” animal, such as a snail.

So most likely (!) the conclusion is, that the snail is a loose impediment!

What are the player’s options?

You are allowed to remove loose impediments (Rule 15.1). So you can move the snail. That is good to know. But there is a problem. If the ball is lying e.g. on the fairway or in the rough, and the ball moves while removing the loose impediment… the player would then incur a one stroke penalty!

That is bad, since (obviously) it seems impossible to remove the snail without thereby moving the ball!

So: To avoid a penalty, you must either play the ball as it lies (with the snail attached to the ball!)… or wait until the snail is not longer on the ball before making your stroke!

Alternatively, you can of course proceed under the Unplayable-Ball-Rule with a one stroke penalty, but to incur a penalty stroke in this situation would be annoying :-).

The scenario has been discussed a lot – see the discussion on this link link (Facebook).