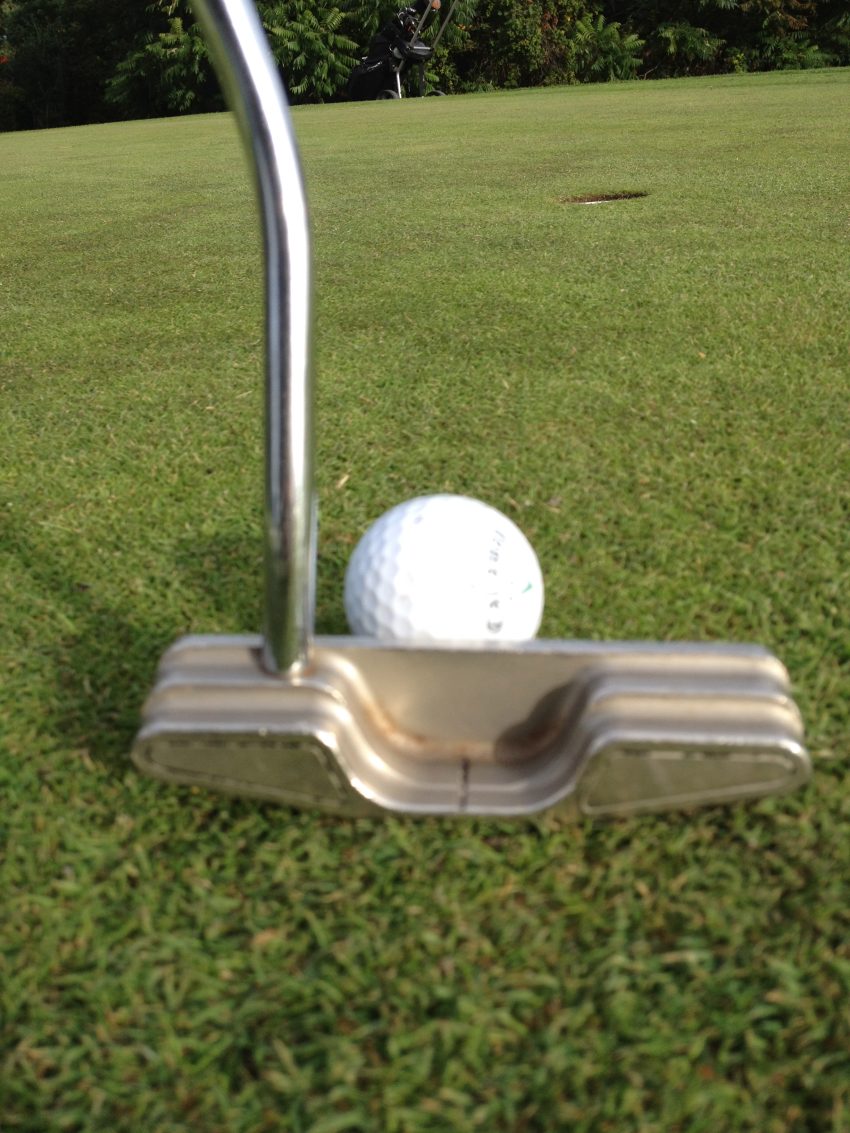 We all know, that the Rules of Golf do not allow for Mulligans. You are never allowed a free do-over (unless you e.g. hit the rare overhead electrical wire.)

But… during the recent Cazoo Open de France Thomas Pieters was involved in an incident during the second round (hole 3) which looked like he was allowed a Mulligan!

First, see a video about the incident:

So kid coughed in my backstroke. I tried to stop…didn’t 🤦‍♂️ Called a local referee who called another referee who both deemed it not a penalty. That decision is final. Got told after I finished it should have been a penalty but original ruling stands. #Luckyidiot 🙄 pic.twitter.com/ifRofhmmMq

As you can see, Pieters was putting when – during his backswing – one of the spectators coughed. This distracted Pieters so much that he purposely stopped his forward swing. But… he did not stop it in time to prevent the putter from striking the ball. Since there was not much speed in the putter head….the ball only rolled a few feet (of an approximately 12 yard putt).

What do the Rules of Golf say to that?

Rule: Definition of a stroke.

Well, the definition of a stroke states, that as a starting point it is a stroke if you make a forward movement with the club with the intention of striking the ball. BUT, it is not a stroke, if the player during the downswing decides not to strike the ball and avoids doing so by either 1) stopping the clubhead before reaching the ball or by 2) deliberately missing the ball.

Since Pieters did not avoid striking the ball, it was a stroke. Therefore Pieter should have played the ball as it lay.

What if intention stopped?

However, the referee on site ruled that it was not a stroke and that Pieters therefore (without penalty) should play from the spot where he last played. You could say that the referee allowed Pieters a do-over, or Mulligan. This might seem like a wrong ruling, but maybe the reason for this decision was that the referee had some other information from the player, e.g. that his intention stopped before beginning the forward swing. Because in such a situation most likely Rule 13.1d(1) applies, and it states that if the player accidentally moves the ball on the putting green, it must be replaced without penalty and played from that spot.

It is difficult to decide exactly when the intention stopped. Normally, it is reasonable to assume that a little time would elapse from the moment the golfer’s brain notices a cough until it decides to stop the swing…and that there will also elapse a little more time before the brain then communicates this to the shoulders, arms, and hands!

After viewing the video, it seems (in my opinion) like the referee’s ruling was wrong. In my opinion, Pieter’s intention did not stop until the forward swing had started… and therefore it should have been judged as a stroke. This conclusion was the same in Decision 1-4/1 from the old Rules (before 2019), which is not in place anymore, but it has been clearly stated that they (with the exclusion of Decision 1-4/1) did not intend to change the law. To clarify, the DP World Tour’s chief referee officially announced afterwards that the referee’s ruling had been wrong.

Referee’s ruling could not be changed.

Since it was not possible to correct the (most likely) wrong ruling, the ruling stood (Rule 20.2d), and Pieters was not penalized.