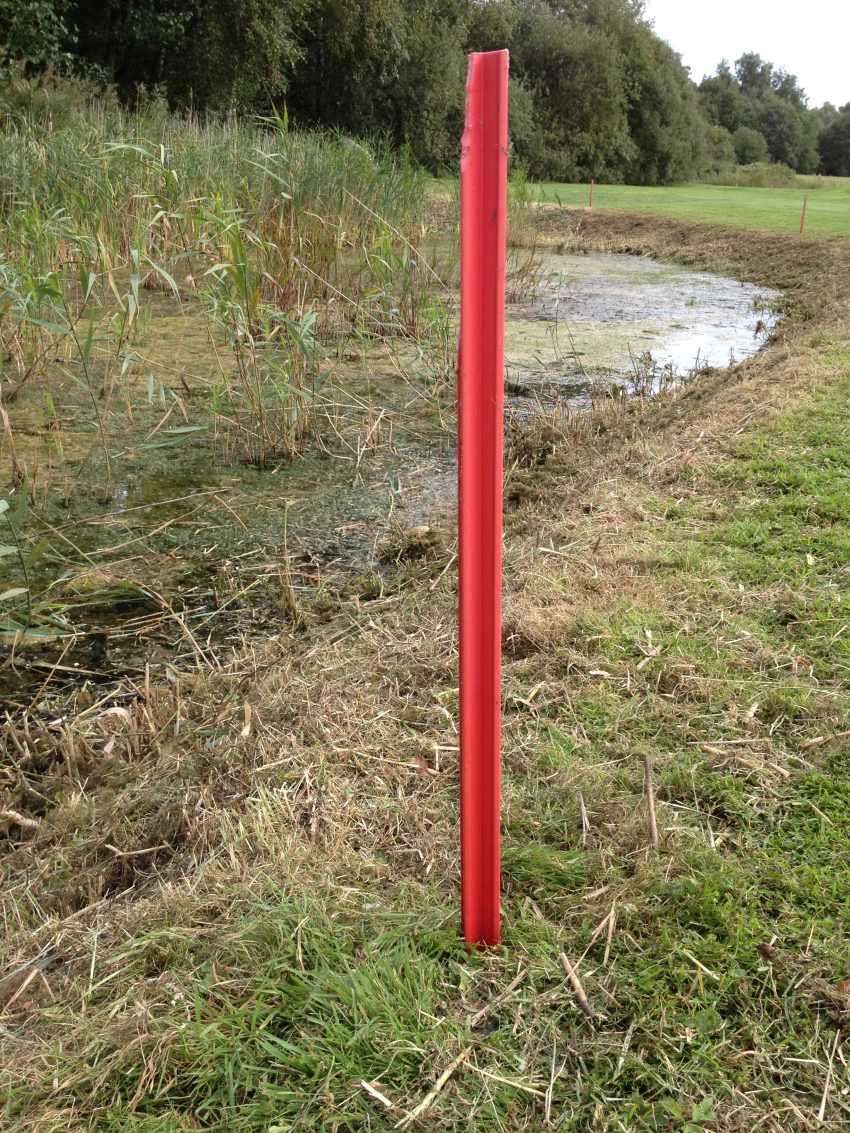 During play of hole 4 Saturday, Smith’s tee shot ended in the water (penalty area). He took relief (with a one stroke penalty) and dropped – and apparently everything was OK.

But…. it turned out that the ball – after being dropped – was very close to the penalty area… in fact, so close that it touched the red line around the penalty area. Oops. The ball is not allowed to touch the line. If it does, it is considered to be in the penalty area, and when taking relief from a penalty area you must take full relief. Therefore, he had played from a wrong place, whereby he had incurred a two stroke penalty. The penalty was applied under Rule 14.7 (Wrong place) – see also Rule 17.1 (Relief from penalty areas).

You can see the incident here:

Here is the full video of the Cam Smith penalty.pic.twitter.com/CV57DlYRg4

As always such a penalty sparks a lot of criticism. What was mainly criticized was the fact that the Rules committee had in fact SEEN the incident “live” Saturday and had decided that everything was OK (i.e. that no penalty was incurred). But one of the Rules officials subsequently watched a replay late Saturday evening, where the official apparently realized that a breach of the Rules might had occurred… and as a consequence the Rules committee held a meeting Sunday morning, where they decided to have a chat with Smith, which they did at around 11.20 AM – less than two hours before his Sunday tee time! During this chat, Smith confirmed that the ball in fact had touched the red line. That gave the committee no other choice than to penalize him with two penalty strokes (it was too late to change the tee times, however).

Because of the penalty, Smith was four strokes behind the leader before starting Sunday rather than (what he expected) two strokes. Smith carded a round of 70 (even par) Sunday finishing tied for 13th, whereby he missed the chance of taking over the spot as World no. 1.

By the way, some years ago Smith would have been disqualified for returning a scorecard with a score lower than he actually had. The current Rule 3.3b(3) states (which the “old” Rule did too):

If the player returns a scorecard with a wrong score for any hole:
Returned Score Lower Than Actual Score or No Score Returned. The player is disqualified.

But some years ago this exception was added:

Exception – Failure to Include Unknown Penalty: If one or more of the player’s hole scores are lower than the actual scores because he or she excluded one or more penalty strokes that the player did not know about before returning the scorecard: